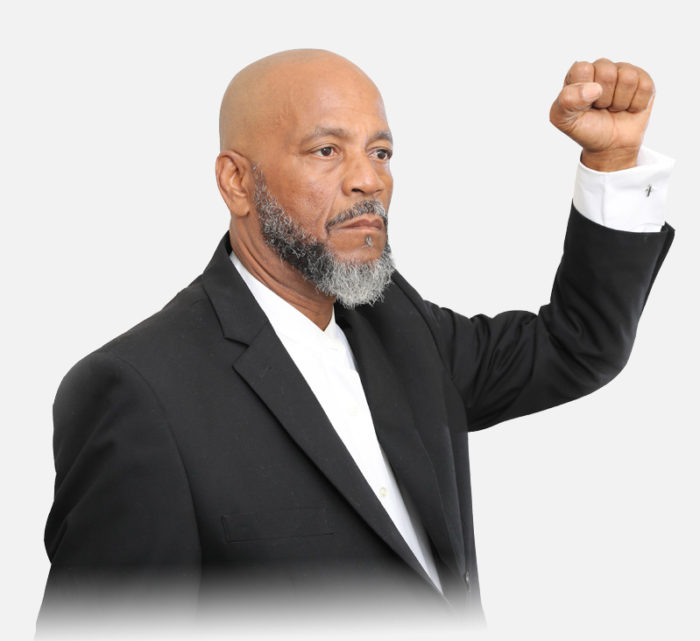 Rodney Moncur was born on November 30, 1956 to Euzera Cox and George Gilbert Moncur (both deceased) and was raised in Black Village.

His education began at Oakes Field Primary and continued at C.C. Sweeting High School, which at the time was under the tutelage of A. Leonard Archer.

Rodney has always been vocal against human injustices and is known to be an activist for the people. His activism started as early as 1974, marching with the Hon. Edmund Moxey and others to Parliament in protests of the social, political and economic exploitation of the masses. He also led successful marches for various causes:

During the ‘80s he found himself focused on education and led a march with students to protest the conditions of schools. As a result, there was the implementation and amendment of the Education Act.

Following the death of Sir Cecil Wallace Whitfield in 1990, Moncur led the Worker’s Party into the bye-election that was held in Marco City.

In 2002, Moncur presented himself to the people of Grants Town as a candidate in the 2002 General Election. Although unsuccessful in securing the seat as a Member of Parliament, Moncur has perhaps agitated and advocated more change than most sitting Members of the House.

In 2010, the Governor General of The Bahamas, His Excellency Sir Arthur Foulkes appointed Moncur as a Justice of the Peace.

Cognizant of the needs of marginalized citizens and committed to bringing to the forefront the needs of people, Moncur has led many protest and is involved in many initiatives to assist people. From 2008 to present, he has been instrumental in organizing marches for families of murder victims and has called for reformation to the Bail Act.

He was appointed as Senator on December 20th, 2016 by the Governor General on the recommendation of Loretta-Butler Turner. He serves as a Justice of the Peace for the Commonwealth of The Bahamas.

Moncur is married to Gina Patricia Atherley and they are the parents of three children and two grand daughters.

Watch Past Episodes of FREEDOM MARCH on ILTV Studios